For the better part of a decade Half Shadow, the midnight-blue songwriting moniker of Portland’s Jesse Carsten, has been unfurling an enigmatic, windswept music: equal parts earthen folk and cosmic rock and roll, with a primal pop experimentalism seeping from the edges. Wedding an expansive, transcendent poetics to a fiercely home-spun aesthetic, Carsten creates joyful, eclectic song-collages that embrace the experimental singer-songwriter tradition of the Pacific Northwest while enfolding an array of canonical art-voicings; songs range from abstract finger-picked poems to heart-tugged acapella treaties and repetitive art-rock incantations. Half Shadow’s performances—joining quiet song-spinning with performance art, poetry recitation, and instrumental guitar improvisations—are recognized as strange, dazzling, immersive events, inspiring a passionate following in the Northwest. The Portland Mercury has praised Carsten’s shows as “invariably powerful, full of wonder, and unlike anything else." Following a string of cassette and CD-R releases, Carsten birthed the first fully formed Half Shadow LP in 2019, Dream Weather Its Electric Song, which was hailed by Antiquated Future as “a carefully thought-out work…of poetic devotionals to the natural world, the subconscious, other realms.” The record was celebrated for its ability to work tangible magic: as Queen City Sounds put it, Dream Weather deconstructs “familiar songwriting styles, bringing the logical mind into alternate pathways of operating.” Carsten's non-linear and environmental dream-lyrics place him in the company of like-minded contemporaries such as Mount Eerie's Phil Elverum, Mega Bog's Erin Birgy, Yves Jarvis, and Ruth Garbus, for whom songwriting is an attempt at surreal levels of poetic feeling. Having been called “one of Portland’s best kept secrets,” it is paradoxically Half Shadow’s mystery-inspired, DIY ethos that spirits Carsten’s ever-evolving project out of the home-recordist’s cave and onto more illuminated stages. When it does, Half Shadow is ready to wrap listeners in the dark, sparkling hues and mossy undergrowth that have become the poetic trademark of this singular undertaking. Half Shadow's newest record At Home With My Candles is out now on Bud Tapes and Dove Cove Records.
At Home With My Candles, Half Shadow’s third LP is an album of mythopoetic paeans to the domestic uncanny—the mysterious and unseen worlds experienced at home. Recorded almost entirely in quarantine, the record’s songs chart the beauty and strangeness that domestic life can conjure, at once perfectly ordinary and deceptively mystical. Long the enigmatic moniker of Portland’s Jesse Carsten, Half Shadow’s new songs expand the project’s intimate poetics into something more encompassing, without ever losing a sense of tenderness. Intimate folk songs magnify into anthemic chant-alongs, lo-fi dirges, and primal pop experiments. Genres blend with a subtly psychedelic grace, with Carsten’s voice delivering dream-laden poems, always at the center of the sound. Listeners are sung into an interiorized sphere: an otherworldly landscape of tension, languor, and mystery. From the place of home a whole cosmos fans out. Featuring contributions from such west-coast luminaries as Zach Burba (Iji, Mega Bog, Dear Nora), Jem Marie (The Ghost Ease), Julian Morris (Layperson, Post Moves), and mastering from Kevin Christopher (Oh Rose, Ancient Pools), the album’s songs emerge in vivid technicolor, engaging listeners in a process of seeing our world, our selves, and in this case the homes we haunt, with new, uncanny vision.
Kind Words for At Home With My Candles:

"Has the rare distinction of...[sounding] very little like anything else." Alt 77

"At Home With My Candles was recorded during quarantine, and as such directs its attention toward the ordinary/odd duality so often found behind closed doors. These conditions prove fertile ground for Half Shadow’s poetic sensibilities, an uncanny marriage between personal insight and a wider mystical experience." Various Small Flames

"Listening to Half Shadow’s avant garde musical stylings is the sonic version of looking through a kaleidoscope. Each piece of art presents unique, vibrant, and purposeful layers that dance together in one unified, magnificent tapestry. It’s early, but we think we’ve already found one of 2022’s most intriguing new releases." Underground Music Collective

"At Home with My Candles calls on the listener to inquire within themselves, in their secret, shy self, what their true vision consists of; what their soul is really made of.” Tome to the Weather Machine

Canary Room is the project of Portland based songwriter Maddy Heide. Over the last few years she has uploaded a massive selection of songs to her bandcamp. It is a magnificent display of songcraft in its rawest form; each collection feels like a peek into the brain and surrounding world of someone who has to keep writing songs in order to survive. Pulling from a long tradition of folk music through many generations (Vashti Bunyan, Joni Mitchell, Bruce Cockburn, Gillian Welch, the Weather Station, etc.), Maddy pens pockets of beautiful, heart-wrenching and yet comforting songs with little more than guitar and voice. 2021's critically acclaimed EP Christinewas recorded outdoors on 4 track cassette by Bud Tapes' Emmet Martin at the controls. Positioned among trees, an overgrown garden, and a plethora of birds, Maddy's performances are stark and emotive, feeling as lithe as they are poetically precise, and brought a flood of attention to Canary Room. The gorgeous but unassuming Christine received praise from a range of outlets including The Portland Mercury and NPR.

"It takes a lot for a singer-songwriter with only an acoustic guitar to break through. Then I heard the song 'Christine' by Canary Room. It's from a short, five-song EP recorded outdoors on a four-track; listen closely and you can hear birds chirp and leaves rustled by the wind. But mostly you just hear Maddy Heide's voice up close, as if she's sitting right next to you, thinking out loud about the way seasons change in a person, and how you love them anyway. The melody ascends and descends like rolling foothills — gently, but not without a heart pumping blood." NPR

"At just over 14 minutes long, the collection is brief but beguiling, quietly potent. The primary draw is the album's five compelling songs, all built entirely from fingerpicked acoustic guitar and Heide’s delicate voice, which sounds like it was made to channel stirring, English folk-style melodies. Lyrically, she unspools dreamlike stories to process experiences and family history, then calls in natural settings...to frame the feelings that fuel the tunes. The first two pressings of the EP sold out long ago, and a third edition is dwindling—an indication that Heide’s modest project is reaching people in ways she never expected." Portland Mercury

Dao Strom is an artist who works with three “voices”—written, sung, visual—to explore hybridity and the intersection of personal and collective histories. She is the author of the poetry collection, Instrument (Fonograf Editions, 2020), and its musical companion piece, Traveler’s Ode (Antiquated Future Records, 2020); a bilingual poetry-art book, You Will Always Be Someone From Somewhere Else (AJAR Press, 2018); a hybrid-form memoir, We Were Meant To Be a Gentle People, and song cycle, East/West (2015); and two books of fiction, The Gentle Order of Girls and Boys (Counterpoint Press, 2019, 2006) and Grass Roof, Tin Roof (Mariner Books, 2003). She is a recipient of a 2016 Creative Capital Artist Award and a 2020 Oregon Literary Arts Career Fellowship; her book, Instrument, won the 2022 Stafford/Hall Award for Poetry. Her work has received support from RACC, Precipice Fund, Oregon Arts Commission, National Endowment for the Arts, and others.

Strom is also co-founder and creative director of She Who Has No Master(s), a collective project of women writers of the Vietnamese diaspora; and De-Canon, a library art/publishing project highlighting books and works by writers of color.

Born in Vietnam, Strom grew up in the Sierra Nevada foothills of northern California and is a graduate of the Iowa Writers Workshop. She lives in Portland, Oregon.

“Strom sings lullabies in a hushed voice that barely stick to the physical plane, becoming mist and memory as soon as the words pass her lips. All devolves into light particles and drifts into the sky. The energy of human interaction is what kept them tethered in the first place.” Cassette Gods

“This music is dense with shadows, but it’s also presented with great clarity...it has the precision of poetry, and like poetry it rewards close attention.” Underscore Music Magazine 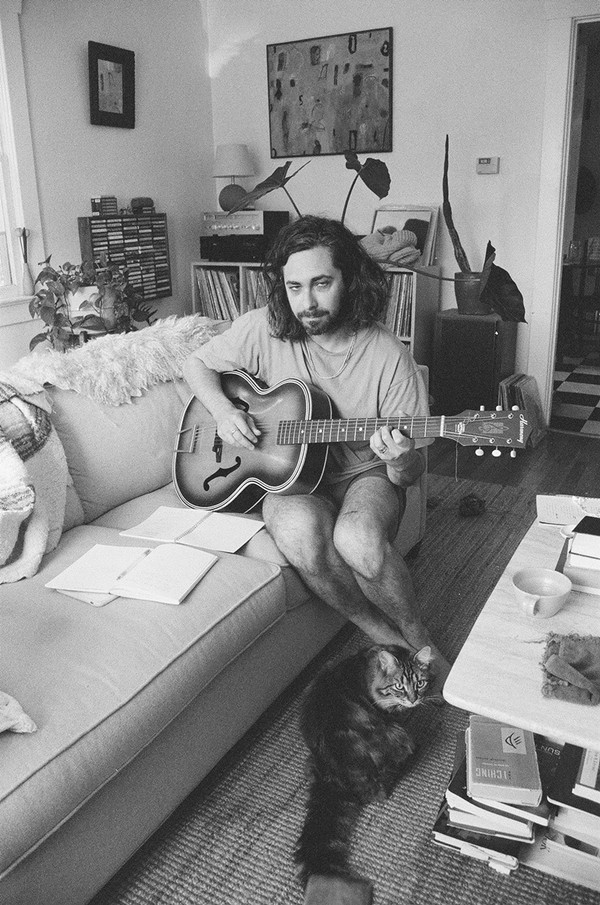 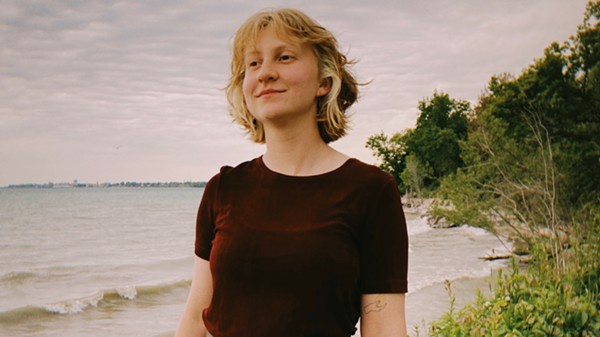 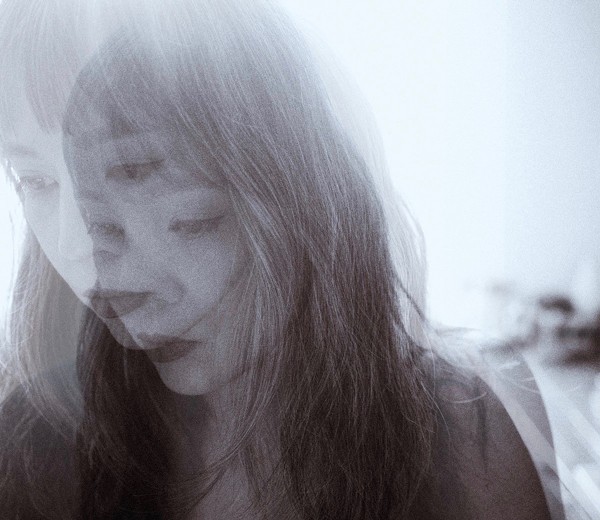 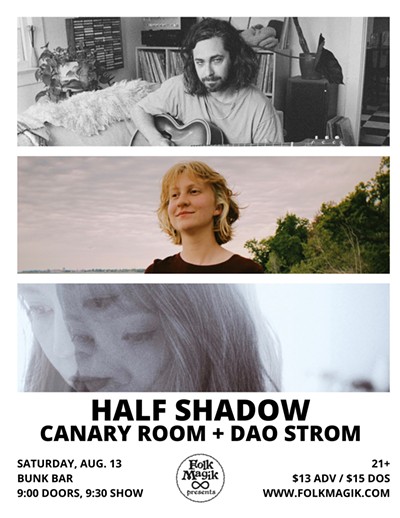